It is often said that hosting international sporting events, such as The Olympics, is good for local communities because it can boost the local economy from new investments and attract tourists from all over the world. However, I think holding this kind of event is indeed harmful.        First, initial preparation for these international competitions requires huge cash flow provided by the locals. In order to hold sporting events like The Olympics, new sport facilities such as stadiums and gymnasiums is needed, as well as more efficient public transportation systems such as the subway lines. These construction plans cost too much for the local communities even though the central government provided economic support. Second, maintenance cost for above facilities will be economically burdensome on locals. For example, Nagano city have been suffering huge debts for maintenance after the Nagano Olympic Games. Third, the beneficial effects of holding international sporting events are too small to pay off all costs mentioned above thus creating more issues for the locals. During the international sports competition, a lot of people around the globe are attracted to the city but this effect is only temporally. After the event ended, the number of tourist will dwindle and the cash flow brought by tourism will decline over time. Therefore, it is difficult to fully compensate for all the preparation and maintenance costs just by attracting tourists. To conclude, hosting international events is not beneficial in the long term to local communities. Since the disadvantages outweighs the advantage of holding international events, the local government should make careful decisions to make sure the citizens are benefited but not harmed by such event. 273字

Some people say that minors should not receive life imprisonment even though they commit serious crimes because they have time to be rehabilitated and should get a chance to success in society. However, I think minors who perpetrate serious crimes should not be permitted to go out from prisons due to the following three reasons.
Firstly, as well as adults, minors can understand good and bad so they have the responsibility of what they have done. For the victims of the crime, age of the criminal has nothing to do with the size of the punishment.
Secondly, life imprisonment is a good crime prevention. Recently there are a lot of crimes committed by children. Some of them were serious crimes such as murder and rape. For example, a few years ago, a middle school girl murdered her classmate and beheaded her. In order to prevent these brutalities life imprisonment is needed.
Thirdly, to rehabilitate minors is very difficult. Nowadays, a lot of people who had committed serious crime committed crime again after imprisonment. These criminals said they did not feel rehabilitated so it is really difficult to judge whether they were truly rehabilitated. Maintaining stable society is more valuable than giving them a chance to rejoin society.
For the three reasons mentioned above, I can say with confidence that minors should not be allowed to leave prison if they committed serious crime.

Some people say that technology is just a waste of money and is not used for practical life.
However, I think that space-related technology is a good investment.It is useful for future generations because it reduces the effect of human activity on our planet.Also, by using it, we can learn more about space, proving how valuable the earth is.
First, space technology can investigate outer space in greater precision.Some scientists are searching for planets similar to the earth to live in.
Now that our population is increasing, it is increasingly important to find earth-like planets.
Space technology will contribute to this.
Secondly, breakthroughs of this technology will also find new energy sources.
We consume huge energy resources such as oil and coal.Some scientists predicts that in the near future, fossil fuels will not compensate for the conventional energy which we depend on.Space-related technology must be developed for an alternative.
Thirdly, knowledge of outer space is essential for us to understand future earth.
For example, via space technology we now know that Venus is much hotter than the earth even though it's the same size and spins at a similar distance from the Sun.
Space technology also tells us that the green house effect on Venus can make it a harsh environment to inhabit.Therefore, we can see that global warming is also a huge threat for the earth.Without space technology we could not understand our own planet as well as we do.
To conclude, I think space technology should be improved.

It is often said that improvements in medical technology are beneficial to society because our lifespan increases and infants survive more often compared with previous generations. However, I think it is not always good for our society.
The first reason is population growth. Due to the improved medical technology, the population continues to grow. By 2050 it will reach 10 billion. This over population affects the earth adversely. For example, people in developed countries can not afford enough food and die by starvation. Global warming accelerated by the increased human activities destroys natural environments. In the future, our society will experience more and more conflicts because it is required to survive in a tough world.
Second reason is that increasing longevity does not lead to a happy life. Today in developed countries such as Japan and E.U. people can live around 80 years old because advanced medicine and superior surgeons can cure diseases that were fatal. However, some old people are not happy. They are suffering from loneliness and they have to live with a meager pension.
Third reason is that medical technology is really expensive and everyone can not access it. In order to develop the latest medical technology, large investment is needed. So when it comes to practical use, patients have to afford a large investment but poor people cannot.
For the three reasons mentioned above, I can say with confidence that technological development in medical world does not lead to more beneficial society.

Some people say that advanced technology HAS solved poverty, which is one of the root causes of conflicts. However, I think that modern technology that causes population growth, climate change and globalization will make The world poorer and head towards another global conflicts. Let me explain three reasons.
The first reason is rapid population growth. The world’s population will reach around 10 billion by 2050. Our planet cannot sustain such a great number of people. In the future, a lot of people, especially in developing countries, will be suffering from starvation. People tend to be violent in such harsh conditions. That will eventually cause conflicts.
The second reason is climate change. Because of global warming, The world’s temperature will continue to increase. Then, we will experience extreme weather such as drought and floods. Farms will become barren wastes. As a result, the global food supply is likely to diminish. These food shortages aggravate the situation of suffering from population growth.
The third reason is globalization. The world becomes connected due to globalization. People can easily move to other countries. This will lead to the situation where many people of different races and cultures live together. In this circumstance, there will be a lot of discrimination against minorities. Terrorism related to discrimination might increase.
For the three reasons mentioned above, I can say with confidence that the world heading towards another global conflict. 232字 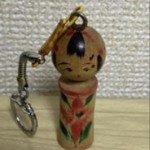